In recent years, several opinion polls have asked for NI’s views on abortion The public is broadly in favour of abortion rights when there are

Does the UK have more food banks than McDonald’s?

CLAIM: There are more food banks across the UK than McDonald’s restaurants

Finding out the exact number of food banks in the UK is difficult.  However, even by low estimates, there are far more food banks than

Does Northern Ireland have the highest rate of infant mortality in Europe?

CLAIM: NI has the highest rate of infant mortality in the UK and therefore Europe.

NI has higher infant mortality than the rest of the UK. Several European countries have higher rates. Nevertheless, NI does have a relatively high rate

Do 140 people per year die while fishing in Irish waters?

CLAIM: Approximately 120 to 140 people die while fishing in Ireland.

On BBC Radio Ulster’s show Good Morning Ulster on June 7, during a discussion about deaths during the Isle of Man TT, former road racer

Are children who take a COVID-19 vaccine 52 times more likely to suffer an early death?

CLAIM: Children who get the Covid-19 vaccine increase their risk of early death by 5,100%.

Data does not support this claim. Deaths of children after vaccination are too rare to inform reliable estimates. A temporary increase is possible because children

Is there a 50% chance of hospitalisation with Omicron if you don’t get a COVID-19 booster jab?

CLAIM: If you’ve had two doses of the COVID-19 vaccine and you haven’t had a booster jab, then you have a 50/50 chance of ending up in hospital if you catch Omicron.

Data published by the UK Health Security Agency at the time of the claim suggested that with two doses, vaccine effectiveness against hospitalisation due to 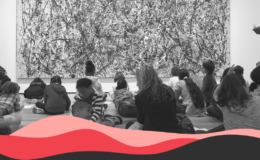 Does Northern Ireland have the highest number of children in care since 1995?

CLAIM: Northern Ireland has the highest number of children in care since the introduction of the Children Order in 1995.

In January 2022, 3,566 children in Northern Ireland were recorded as being in care, which is the highest recorded figure since 1995, according to Department 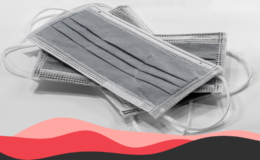 This article explains how to learn guidance and regulations of the use of face coverings in Northern Ireland and explores some of the available evidence regarding their use.

“Seasonal flu” is a very common illness, and tends to be more severe than the common cold. The most common symptoms are a sudden high

COVID-19 and excess deaths in Northern Ireland and the world

What are excess deaths, how is COVID-19 affecting them, and how does Northern Ireland compare to the rest of the world?

There has been a lot of discussion in relation to “excess deaths” and COVID-19. This term is not specific to this pandemic and has been 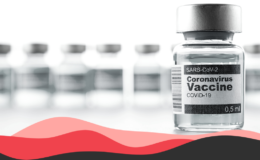 The claim is not accurate. No COVID-19 vaccine currently in use contains animal products.  Context On The Nolan Show (30/11/2021 from 10.21) a caller claimed