> Do 77% of mothers face discrimination at work?

Do 77% of mothers face discrimination at work?

CLAIM: 77% of working mothers endure some kind of discrimination.

This claim is inaccurate. It is correct for mothers in Great Britain (England, Scotland and Wales) but the statistic stated on BBC Radio Ulster does not apply to women in Northern Ireland.

However, women here do report having felt discriminated in the workplace due to being pregnant or a mother: 36% of mothers report feeling they were treated unfairly, and 50% of mothers believing their career opportunities are worse than before pregnancy.

On 15 August 2016, while speaking on the BBC Radio Ulster programme Talk Back, Joeli Brearley (Pregnant then Screwed contributor) claimed that “77% of working mothers endure some kind of discrimination”. The debate surrounding this statistic refers to an Equality and Human Rights Commission (Great Britain) report, which to be exact, stated: “Three in four mothers (77%) said they had a negative or possibly discriminatory experience during pregnancy; maternity leave; and on their return from maternity leave.”

Methodology and findings of the report

The aforementioned report applies to Great Britain (Scotland, Wales and England) and does not include Northern Ireland in its findings. Furthermore, this is the rate among women who report a wide range of negative experiences when surveyed. It is important to draw a distinction between cases of legal discrimination that have been brought forward and ruled upon by a tribunal, and complaints that range all the way from illegal dismissal, to unwanted comments from colleagues. 22% of mothers raised the issue, either formally or informally, with their employer.

The full report found that 36% of women in Northern Ireland felt they had been treated unfairly or disadvantaged at work as a result of pregnancy or from taking maternity leave. 50% of women thought their career opportunities were worse than before pregnancy, whilst 43% believed that motherhood has no impact on their career opportunities.
906 women responded to an online survey and 57 women participated via a series of focus groups held across Northern Ireland.

Image: “Silouette of a Pregnant Teen” by MarijoAH12 is licensed under CC BY-SA 4.0 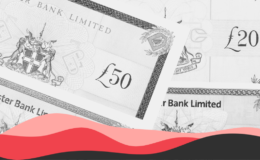 At least £334m in public funds for 2022-23 is currently gathering dust. No clear way to allocate this money exists without an Executive in place.