> Do the DOJ and NIO joint fund an £8 million a year programme to engage directly with paramilitary organisations?

Do the DOJ and NIO joint fund an £8 million a year programme to engage directly with paramilitary organisations?

CLAIM: The DOJ and NIO joint fund an £8 million a year Programme for Tackling Paramilitary Activity and Organised Crime that funds engagement directly with paramilitary organisations, such as the UVF, UFF, RHC, and UDA.

The cross-department Executive Programme for Tackling Paramilitary Activity and Organised Crime receives funds from the Northern Ireland Executive, and is not jointly funded by the Department of Justice (DOJ) and the Northern Ireland Office (NIO). To date, there is no evidence of funds being provided for engagement directly with paramilitary organisations by the programme.

“…remember, the Government in Northern Ireland – the Executive – is engaged in [the] Tackling Paramilitaries Programme, where the DOJ [Department of Justice] — Miss Long’s [Minister of Justice, Naomi Long] department — and the NIO joint fund £8 million a year to engagement directly with paramilitary organisations, not with LCC, but directly with the UVF, the UFF, Red Hand Commando, and others, UDA and others, and they direct engage with them …”

The Loyalist Community Council is said to represent a range of individuals and views from the wider Protestant unionist loyalist community. The UVF, UFF, Red Hand Commando and UDA are all proscribed Loyalist terrorist organisations.

What is the Executive Programme for Tackling Paramilitary Activity and Organised Crime?

A Fresh Start – the Stormont Agreement and Implementation Plan was published by the Executive and the UK and Irish Governments on 17 November 2015. This agreement sought to “set out our proposals for addressing some of the most challenging and intractable issues impacting our community, including commitments to tackle paramilitarism and organised crime”. The Northern Ireland Executive appointed an independent Three Person Panel to report back with recommendations for a strategy to disband paramilitary groups. What resulted was the Executive Programme for Tackling Paramilitary Activity and Organised Crime.

The Independent Panel’s Action Plan detailed 43 recommendations which were grouped under four sections:

It is a cross-Executive programme, with the funding spent by multiple departments on the delivery of the 38 commitments in the action plans. The Department of Justice does not “joint fund” it, as Mr Paisley claimed.

A Cross Departmental Programme Board was established to “drive forward” commitments made in A Fresh Start and the delivery of the Action Plan — but not the funding of it. This Board was also put in place to monitor and evaluate implementation of the action plan and report on progress. The Board is chaired by the Department of Justice, with representatives from The Executive Office, Department of Finance and Department for Communities. Other Departments with commitments in this action plan were also invited to join the Programme Board.

What has been funded?

In reviewing the programme, and establishing the destination of funding as part of this programme to date, FactCheckNI found two relevant sections of the Action Plan:

Action A8 (Review of protocols for engagement) makes an explicit reference about engagement with representatives of paramilitary groups. This action item explicitly references that the Tackling Paramilitarism Programme Team has explored the role of statutory agencies in engagement. However, to date, no budget funding has been allocated to this action item.

Action B4, also known as the “Communities in Transition” project, commissioned delivery partners to implement its identified interventions. The Programme Board commissioned research in December 2016, which identified eight areas with “a significant history of paramilitary activity and coercive control”.

The most recent delivery update report outlines the latest recipients of support from the programme under its priorities, such as Extern and East Belfast Community Development Agency (EBCDA). This action item also included a commitment to extend the Housing Executive (NIHE) Re-Imaging Programme in the context of the B4 commitment to support communities in transition. This resulted in the re-imaging of 20 paramilitary murals between 2016 and 2018.

To date, there is no evidence of funds being spent on “engagement directly with paramilitary organisations” by the Programme for Tackling Paramilitary Activity and Organised Crime as claimed by Mr Paisley.

How is the NI Protocol affecting the local cost of living? 

Several claims have been made about devastating effects of the Protocol on the cost of living in NI. Claims such as the Protocol “is adding 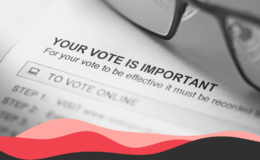