> Is there a high level of support for restorative justice?

Is there a high level of support for restorative justice?

CLAIM: There is a high level of public support for restorative justice as a method of dealing with young offenders.

According to surveys collected by NISRA and by the Public Prosecution Service, a majority of respondents support either restorative justice or diversionary options generally.

In 2009, the BBC published an article reporting on the use of restorative justice for youth offenders in Northern Ireland. They included a quote from the director of the Prison Reform Trust (PRT), Juliet Lyon, which stated that “In Northern Ireland, there appears to be a high level of public support for restorative justice as a method of dealing with young offenders.” While claiming that there is a “high level” of support is a relative term, there is data from 2006 that shows 69% of respondents supported the practice.

What is restorative Justice?

Restorative Justice is an alternative method for dealing with low level crime that aims to bring victims and perpetrators together, not only to aid in the victim’s recovery, but also force the perpetrator to come to terms with the impact of their behaviour. Furthermore, it has the added benefit of reducing the strain on prisons, and has been shown to lower reoffending rates by as much as 14%. While in some countries restorative justice has been employed across wider spectrum of offences, it has only been deemed appropriate for relatively petty crimes in Northern Ireland, such as vandalism or theft.

Regular opinion polls on public support for restorative justice in Northern Ireland are not carried out, but the Public Prosecution Service (PPS) regularly collects data surrounding diversionary options (methods for dealing with offenders that circumvent the courts). While this does not specifically apply to young offenders, as restorative justice is a key component of diversionary proceedings, public opinion on these tactics is a very good indicator when addressing the claim.

The survey from the PPS shows that in January of 2014, a majority of those questioned still supported the use of diversionary options for dealing with offenders. 62% of their respondents either agree, or strongly agree, with the PPS using these tactics (which include restorative justice). Furthermore, support for this practice increased significantly between 2006 and 2014, with a steady rise form 52% to 62% over this time period.

Figures for 2020 show that the UK was 20th among Euro nations for asylum applications received per head of population, and 19th for applications granted. 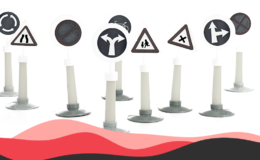 Changes in the Highway Code in Northern Ireland

Social media and national newspapers have been highlighting upcoming changes to The Highway Code, inferring that the changes apply right across the United Kingdom.