> Did the early collapse of the Executive leave £334m public money sitting on a shelf?

Sinn Fein’s manifesto for the 2022 Assembly election claims: “Unfortunately, as a result of the DUP’s collapse of the Executive there remains £334 million in unallocated funds which could have gone to alleviating some of the pressures facing workers and families.”

This is correct, with some provisos. At least £334m in unallocated money for 2022-23 exists, which could be used to combat the cost-of-living crisis – or spent elsewhere – were an Executive in place.

While some extraordinary measures to free up the cash without an Executive in place have been suggested, none of these has clear or confident legal standing.

On 3rd February 2022, the DUP’s Paul Givan resigned as First Minister, stating this was because of his party’s opposition to the Northern Ireland Protocol.

Although other departmental ministers remained in place, this collapsed the Executive, meaning no new significant decisions could be made by government. This includes any major new spending allocations.

But where does the £334m figure come from?

In a Ministerial Statement to the Northern Ireland Assembly on 15th February 2022, Finance Minister Conor Murphy said £300m of money available for 2022/23 had not yet been allocated. This came from:

After the UK government’s Spring Statement on 23rd March 2022, an additional £34m was announced as an expected Barnett consequential for NI, resulting from a VAT relief scheme to install energy saving materials – bringing the total to £334m.

Note that further Barnett consequentials may also be due, including £14m resulting from a Household Support Fund in England.

Section 64 of the Northern Ireland Act 1998 states that draft budgets must be agreed by an Executive, which then are then brought to the Assembly for approval.

When no Executive is in place, this cannot happen, although there are various procedures in place to ensure that a baseline of funding continues, such as with rollover budgets – where the previous year’s finances are used as the basis for further spending, with little wriggle room for adjusting allocations.

A previous Stormont government was collapsed by Sinn Fein in 2017. This collapse lasted three years and, during that time, the Secretary of State set three single-year budgets.

During this time there were no Departmental Ministers, and the Northern Ireland Civil Service was responsible for the day-to-day running of Northern Ireland, with powers to “keep things ticking over” but not for strategic policy-making.

When the Executive dissolved the Finance Minister took legal advice from the Stormont legal service, the Departmental Solicitor’s Office, and from the Attorney General. None of that advice is public.

The Minister then said that, on the basis of that advice, he had concluded new spending allocations could not be made without an Executive – and thus the money would remain unspent.

In March, the SDLP proposed an emergency Private Member’s Bill to release the funding but then said they were told by the Speaker (Sinn Fein’s Alex Maskey) that, following legal advice to his office, the bill was “outwith the legislative competence of the Northern Ireland Assembly.”

But is there another way?

Following Executive approval, per section 64 of the Northern Ireland Act 1998, budgets are then brought to the Assembly for approval. The pieces of legislation that authorise releasing the money are the Northern Ireland Estimates, the Vote on Account, and the Budget Bills.

Early in the pandemic, an extraordinary second Vote on Account was used to release emergency Covid-19 funds without recourse to the usual Executive processes and sign off.

At a Finance Committee meeting on February 16 this year, department officials discussed whether a similar manoeuvre could be used to free up the cash left unallocated following the latest Executive collapse.

They said the previous move was in exceptional circumstances and did follow some Executive discussions and agreements and, while there might technically be an argument for releasing the money this way, it was legally questionable and they could not stand over such a move without further legal guidance.

DUP leader Jeffrey Donaldson also suggested that the money could be redistributed indirectly, by cutting rates bills, but without any certainty that this was a viable route.

That, however, is just spitballing.

Stuck on a shelf

Ultimately, while some ideas were put forward for circuitous routes to release the £334m for 2022-23, as of time of publication,  none have been confirmed as viable.

Moreover, civil servants are generally unable to make new spending decisions. Even if the £334m was available, allocating that money to new schemes designed to tackle the emerging cost-of-living crisis would require Executive approval.

Further legal advice could, in theory, change the availability of this cash.

Will £400m of unspent public funds be wiped out by a budget deficit?

CLAIM: A £400m pot left unallocated by Stormont is going to be used to cover ongoing spending by departments.

Northern Ireland currently has around £270m in unallocated public money As things stand, this money will not be used to cover existing shortfalls – or

Is childcare the biggest cost for NI families, after housing? 

CLAIM: Childcare is the biggest cost for households across Northern Ireland outside of mortgages and rent.

Childcare isn’t relevant to every home – but, for such households, this claim is backed by evidence. Annual surveys show that for over half of 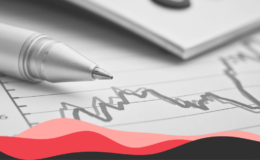 Did average pay plummet by 3.7% in the three months from May?

CLAIM: Workers’ wages decreased by an average of 3.7% between May and the start of August

There are several different measures of real-terms wage changes One official measure showed wages fell by 3.7% in the three-months up to and including May