There are times when we’ve noticed a change in a particular website page and we want to compare it with the most recent version. Or when a website is not loading or is otherwise unavailable.

Google “crawls” the web and takes digital copies of webpages throughout the web. This “Google Cache” becomes valuable if a website is down or you want to inspect the most recent, previous version.

Many readers will come across Google Cache in their use of Google Search. For individual results, you can access the cached version of the desired page by right-clicking the drop arrow at the end of the hyperlink:

An example of this is from our research into a claim about reporting “the best and worst public transport operators in the UK”. When we contacted the public relations agency that published the claim, they promptly corrected the error; their survey covered Great Britain, excluding Northern Ireland. The relevant URL no longer showed the original, incorrect claim, but we needed to show some evidence that it existed. We achieved this by selecting the cached version as captured by Google, via the method described above.

Another way of viewing previous versions of webpages is with Wayback Machine (which we described separately).

In this case, Wayback Machine did not have a cached version of the specific webpage. While both services will take snapshots based on their own set of criteria, an important difference is that Wayback Machine makes periodic “snapshots” of webpages over time, whereas Google Cache only keeps the most recent snapshot. The frequency of Google snapshots can depend upon the frequency of website updates.

Google Cache is another useful tool in viewing recent changes of webpages. 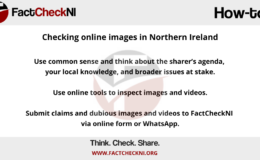 Take a brief moment to check viral images online before you share them. This can help stop the spread of misinformation/disinformation. There are many online

In Northern Ireland, where political, social and economic debate is often delineated along lines of perceived communal affiliation, false information and rumours have the potential 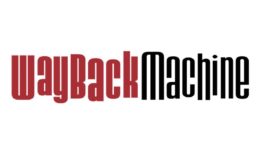 FactCheckNI How-toWayback Machine Websites and their pages come and go. From a researcher’s perspective, it can be frustrating when you’ve cited a particular website page,